I’ve never built a computer before. I figured now is as good a time as any to give it a shot. And why not do three while I’m at it for my new home lab.

First thing I did was plan out my list of hardware:

*Almost all of it worked together–all of the components were compatible, but the liquid cooling radiator didn’t fit the original case.

If you’re curious as to why I chose the hardware I did, see the previous post in the series.

I got everything from Micro Center–they had all of the components that I wanted in stock and had solid pricing (most of which was cheaper than online retailers). 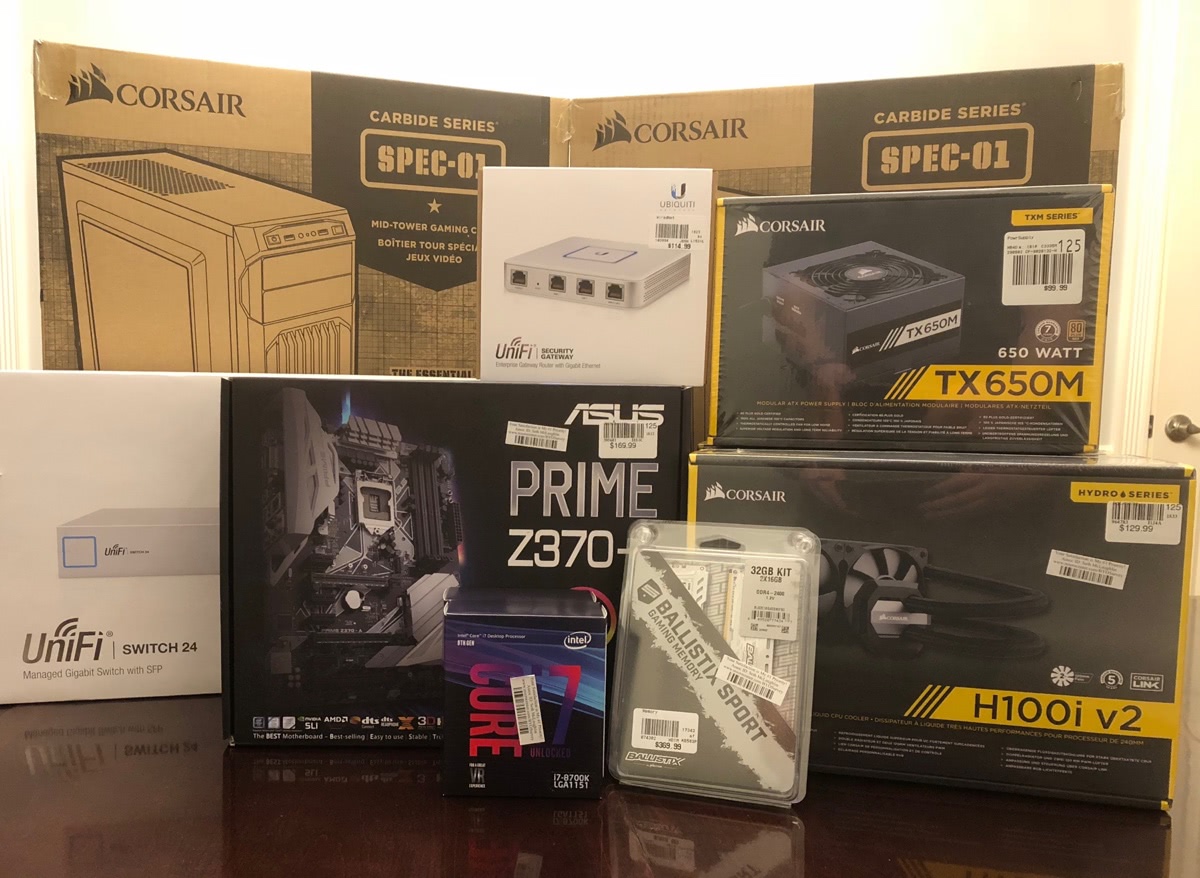 The first thing I did was unpack the case. I started with a Corsair Carbide Spec-01 case, but realized that while the fan screw pattern is there for a 120x240mm radiator, the motherboard wouldn’t clear the H100i radiator that I got. While it does seem like a nice case for the price, without being able to fit my components, I’d have to choose something else. 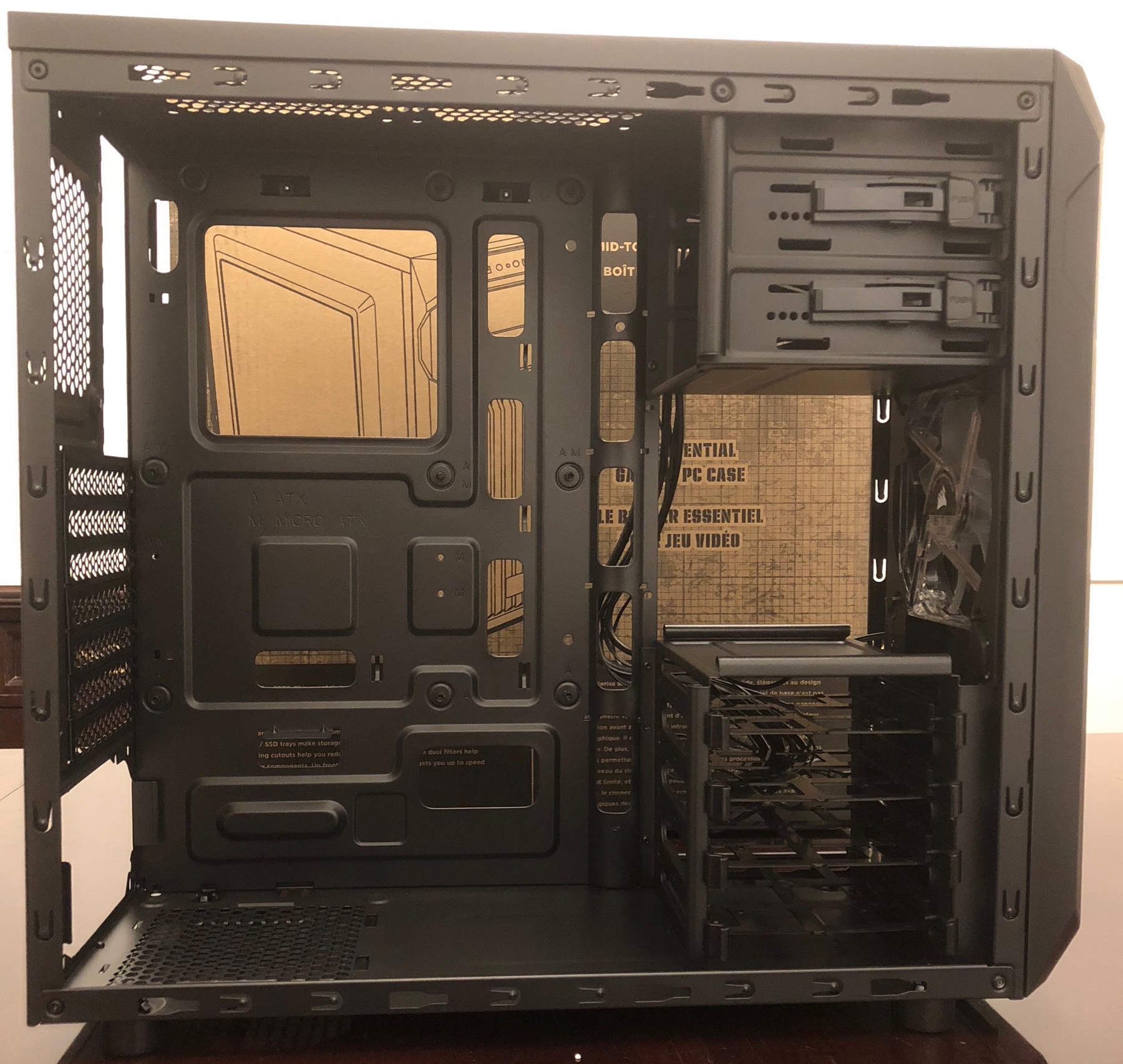 I swapped the Carbide Spec-01 case for an Obsidian 750D Airflow Edition. The new case is significantly larger, and it also offers a lot of options for mounting components–lots of room for 140mm fans, lots of hard drives and SSDs, and plenty of room for cable management behind the motherboard. Because I got a bigger case, I was then able to fit a 140x280mm radiator, so I bumped that up as well. 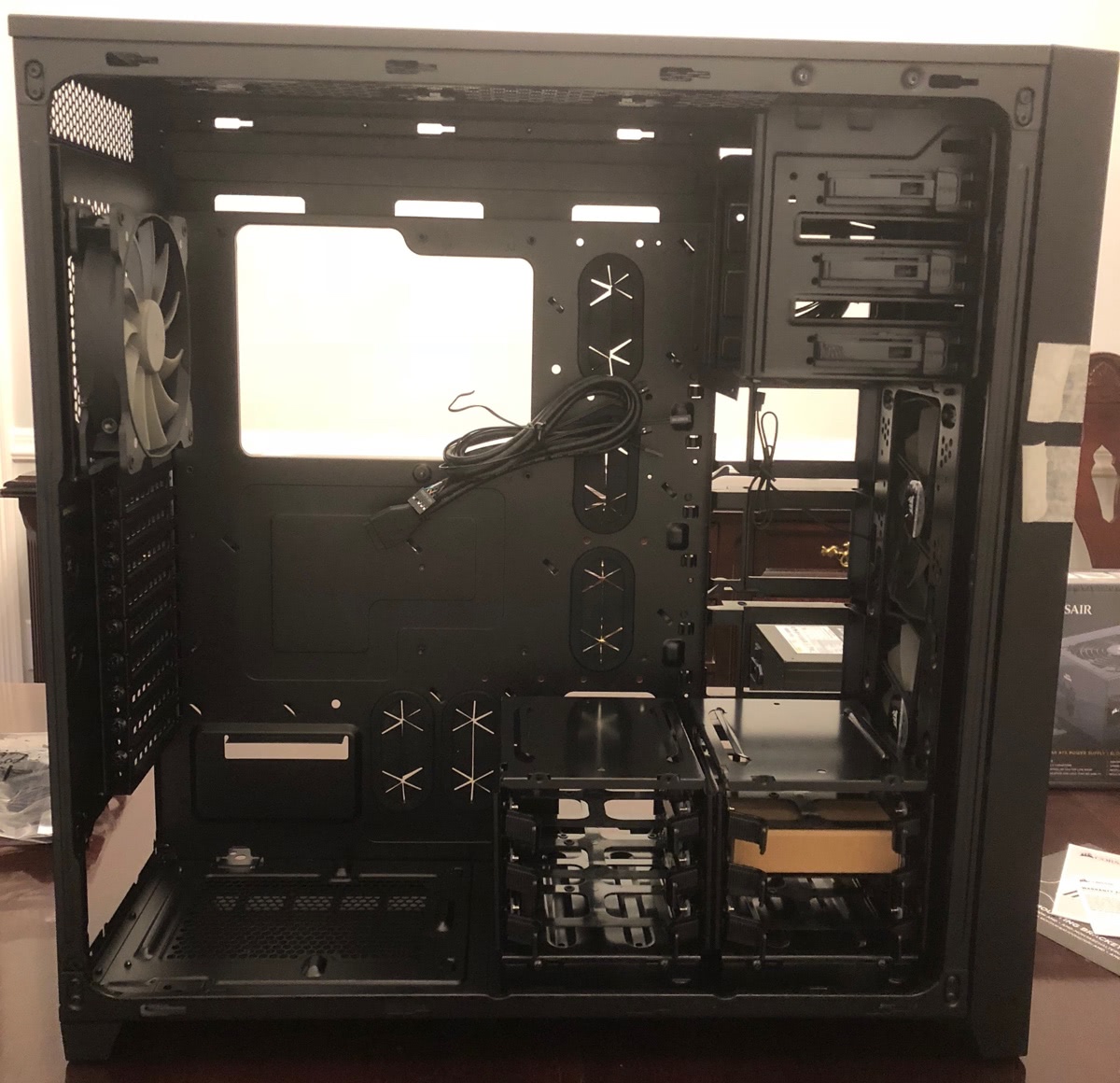 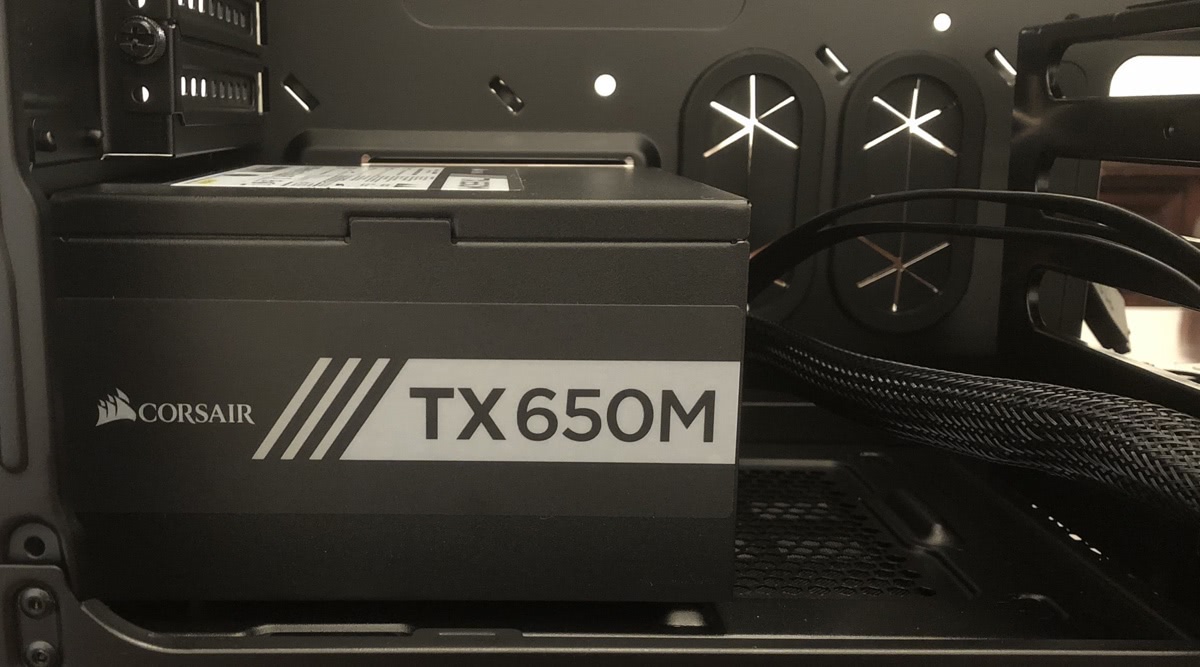 From the unboxing, one of the Asus motherboards had a bent audio connector pin. That was easily bent back into place and wasn’t an issue afterward. Luckily, that was the only issue with any of the components I received.

Here’s the motherboard once unboxed:

Next task was to swap the plastic socket cover for a CPU. This was dead simple; I just lined up the arrow on the corner of the processor with the mark on the socket, seated the processor, and latched the socket:

Once the CPU was installed, I installed the NVMe. I installed it in the slot underneath the heatsync (the other slot is exposed and visible): 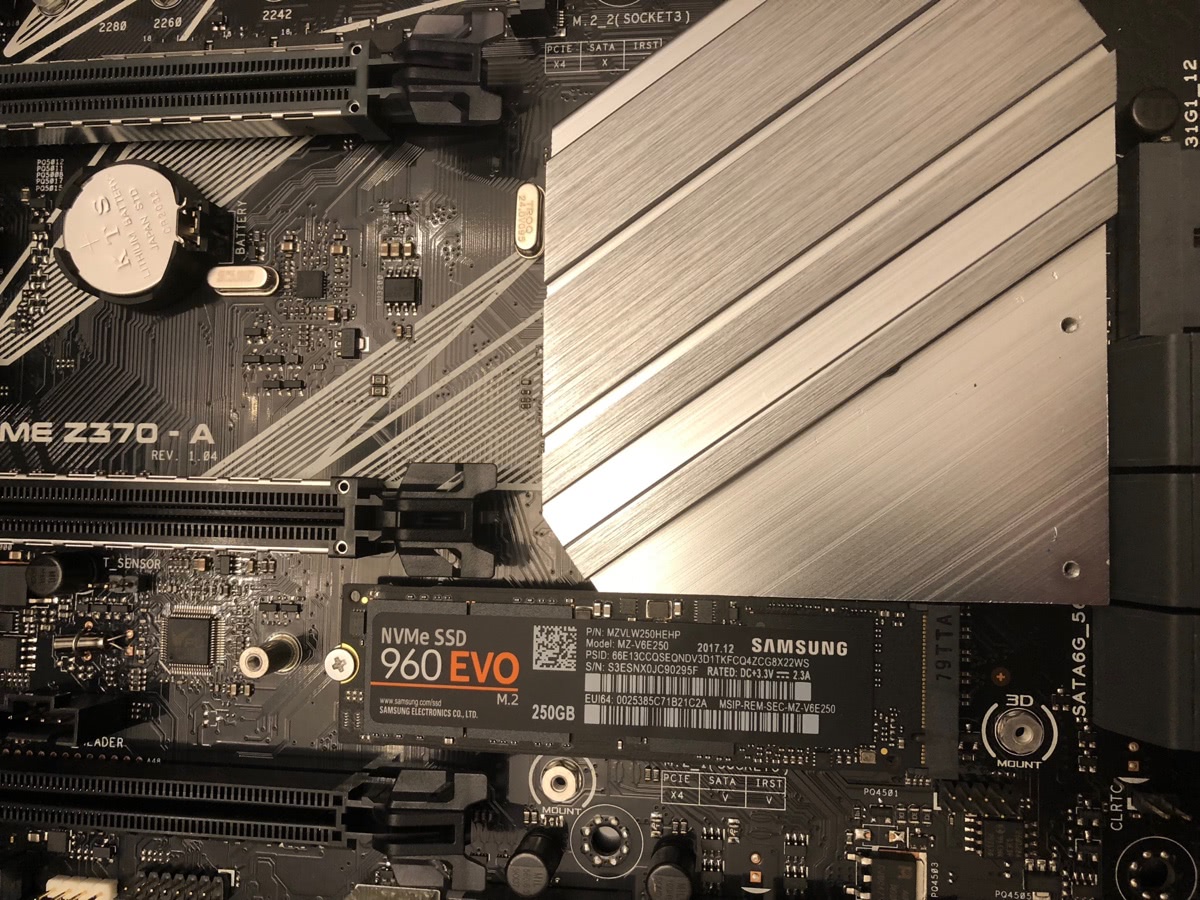 At this point the motherboard was populated and ready to be installed: 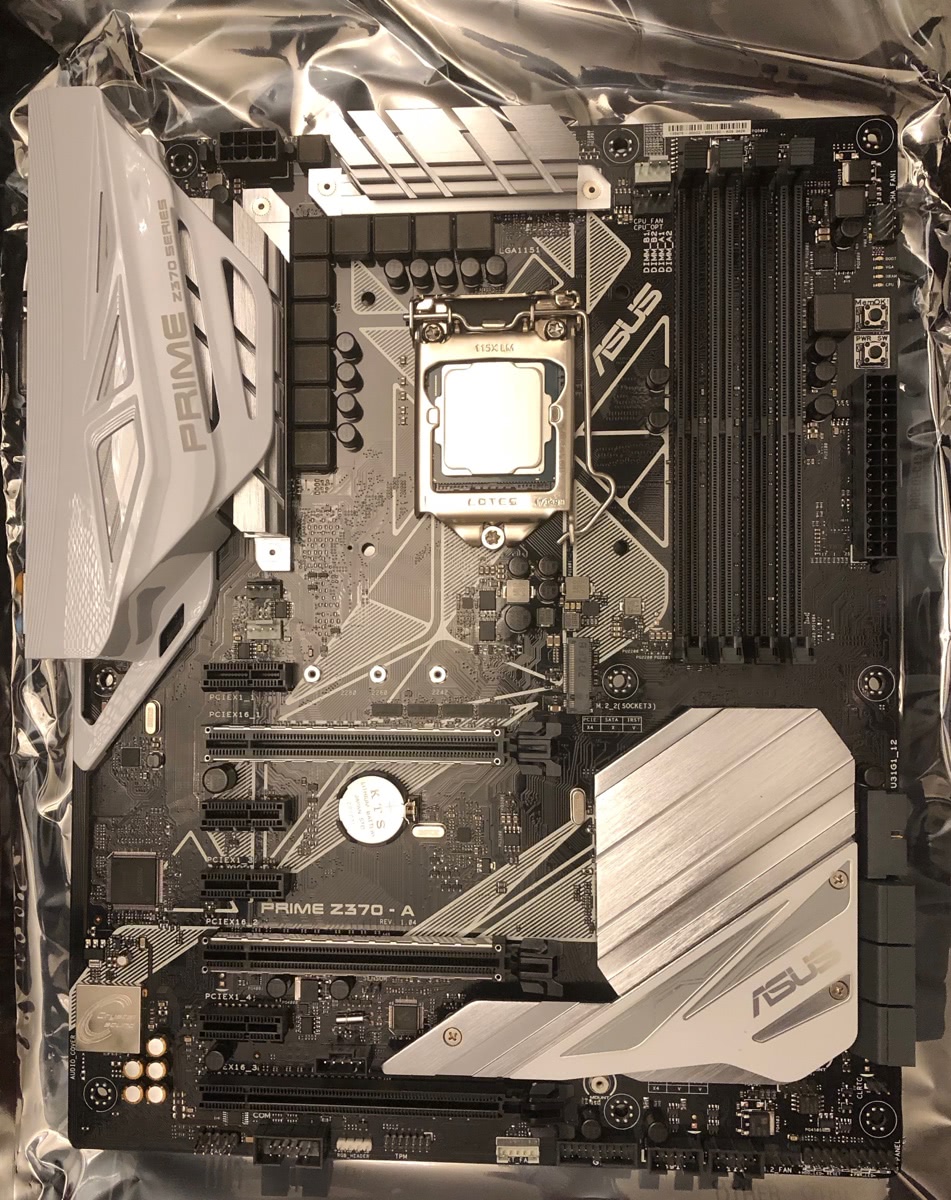 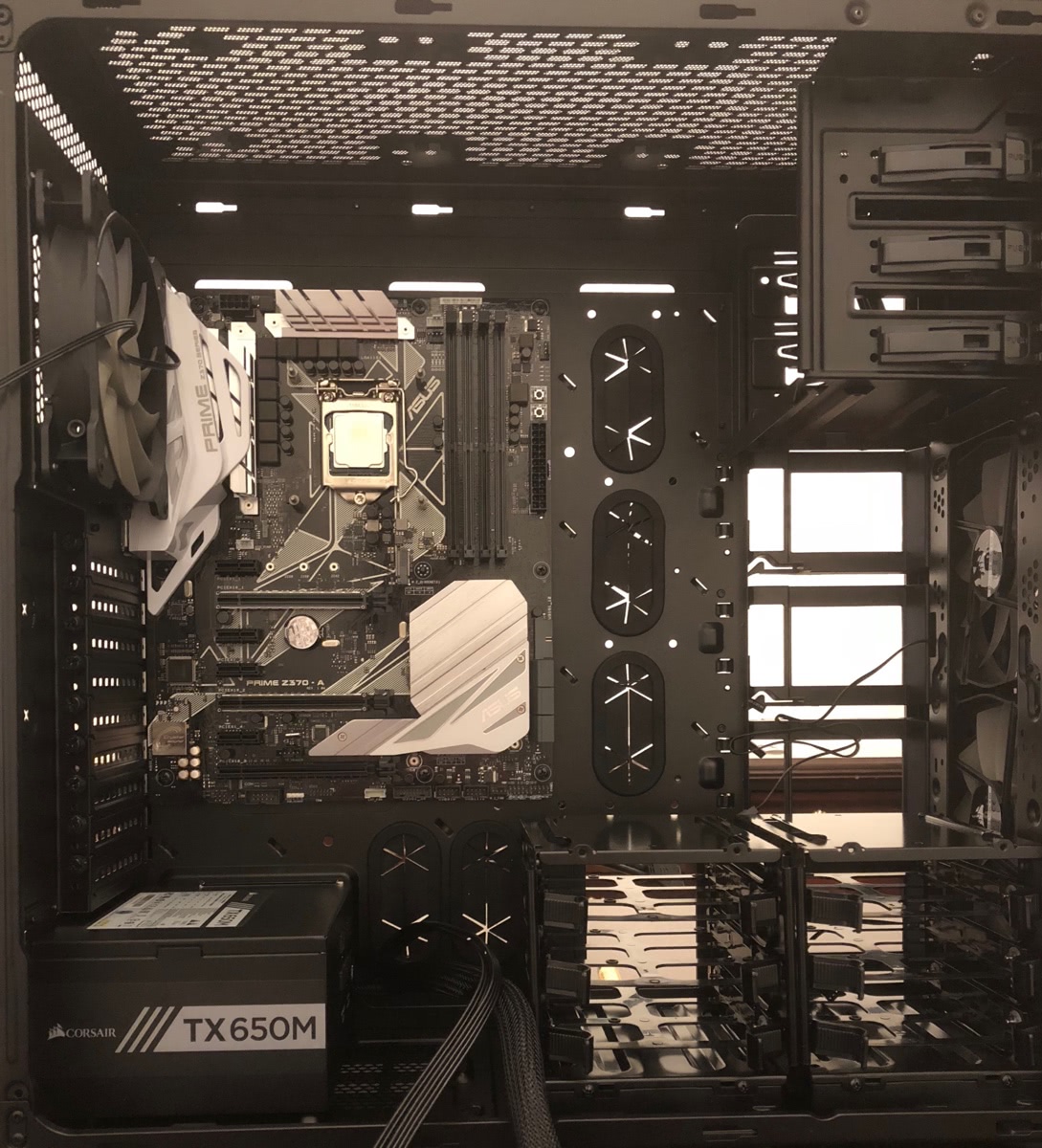 Once the motherboard was in place, the CPU cooler could be installed. I installed it as an exhaust in the top of the case. I wanted to keep the inside appearance as clean as possible, so rather than looking at fans, I wanted to mount the radiator under the fans. This was a bit tricky to line up and get the screws installed, but once done, I was very happy with the result: 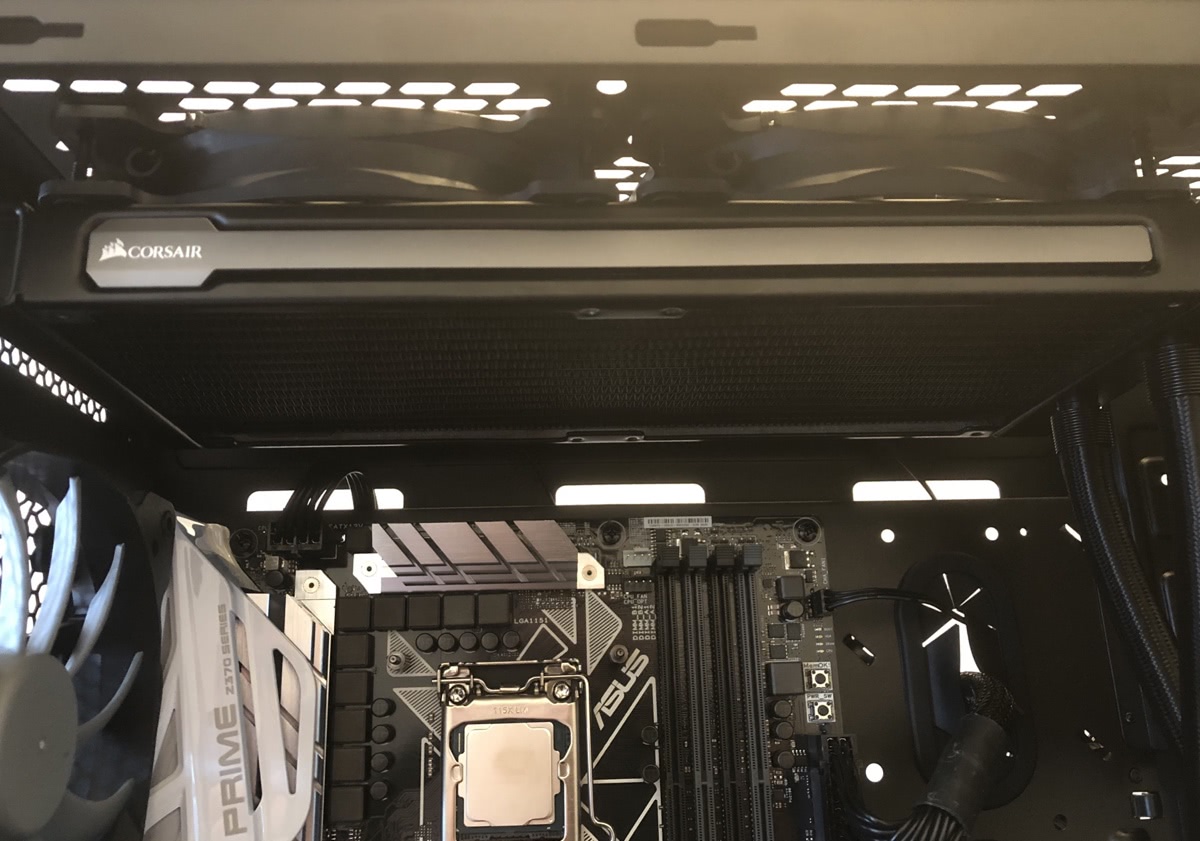 After the radiator was installed the cooler could be installed on the CPU. This part wasn’t nearly as difficult as the radiator installation; I just needed to make sure to not make contact between the CPU and the bottom of the socket during installation until I was ready to tighten it down. I installed the back plate and standoff screws after mounting the motherboard–this could be done either before or after installing the motherboard. Once the backplate is installed, I attached the cooler to the installed standoff screws. 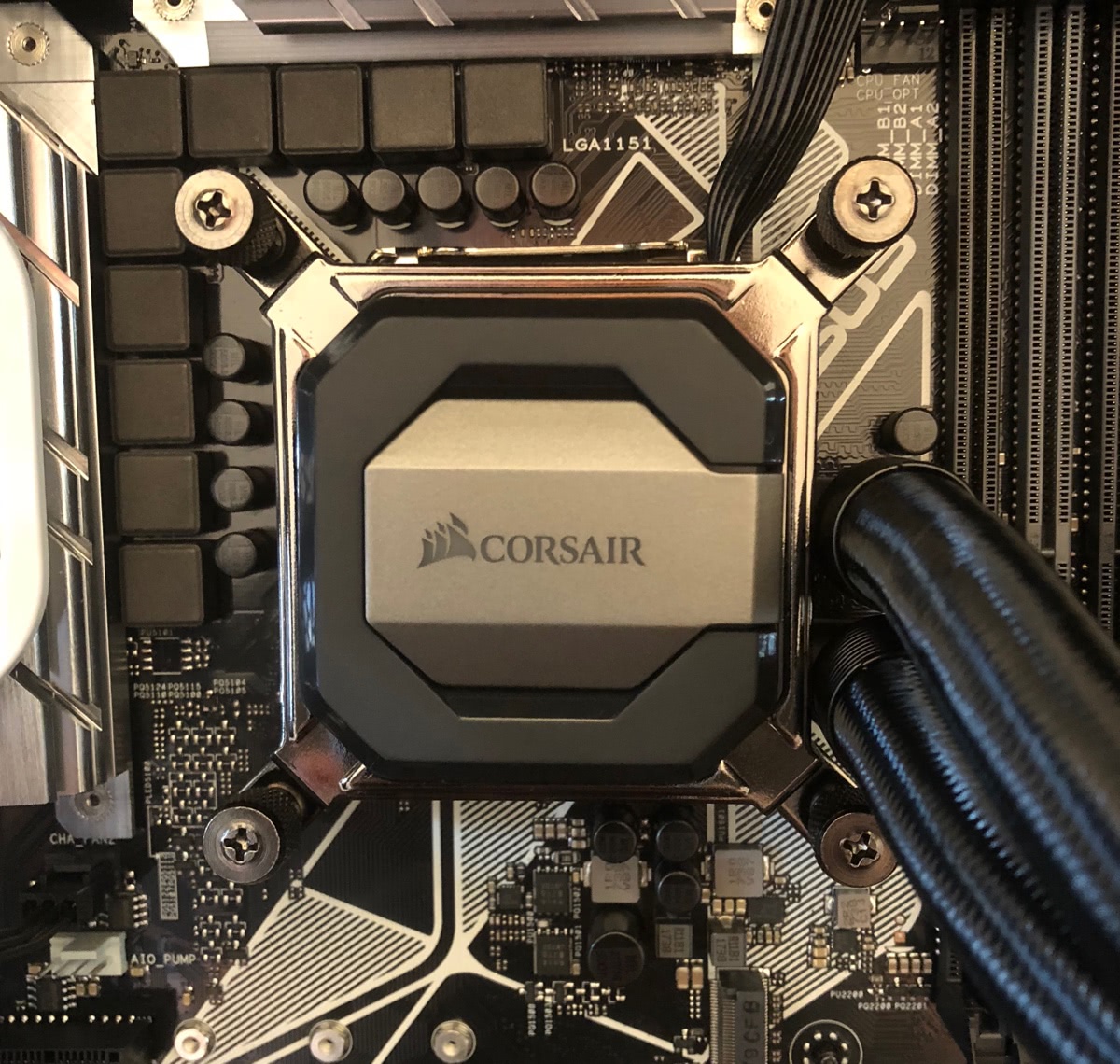 Last step was to install memory into the motherboard and tidy up the cabling. I also installed an Intel PCIe 4-port NIC.

Once complete, the machines were booted for the first time: 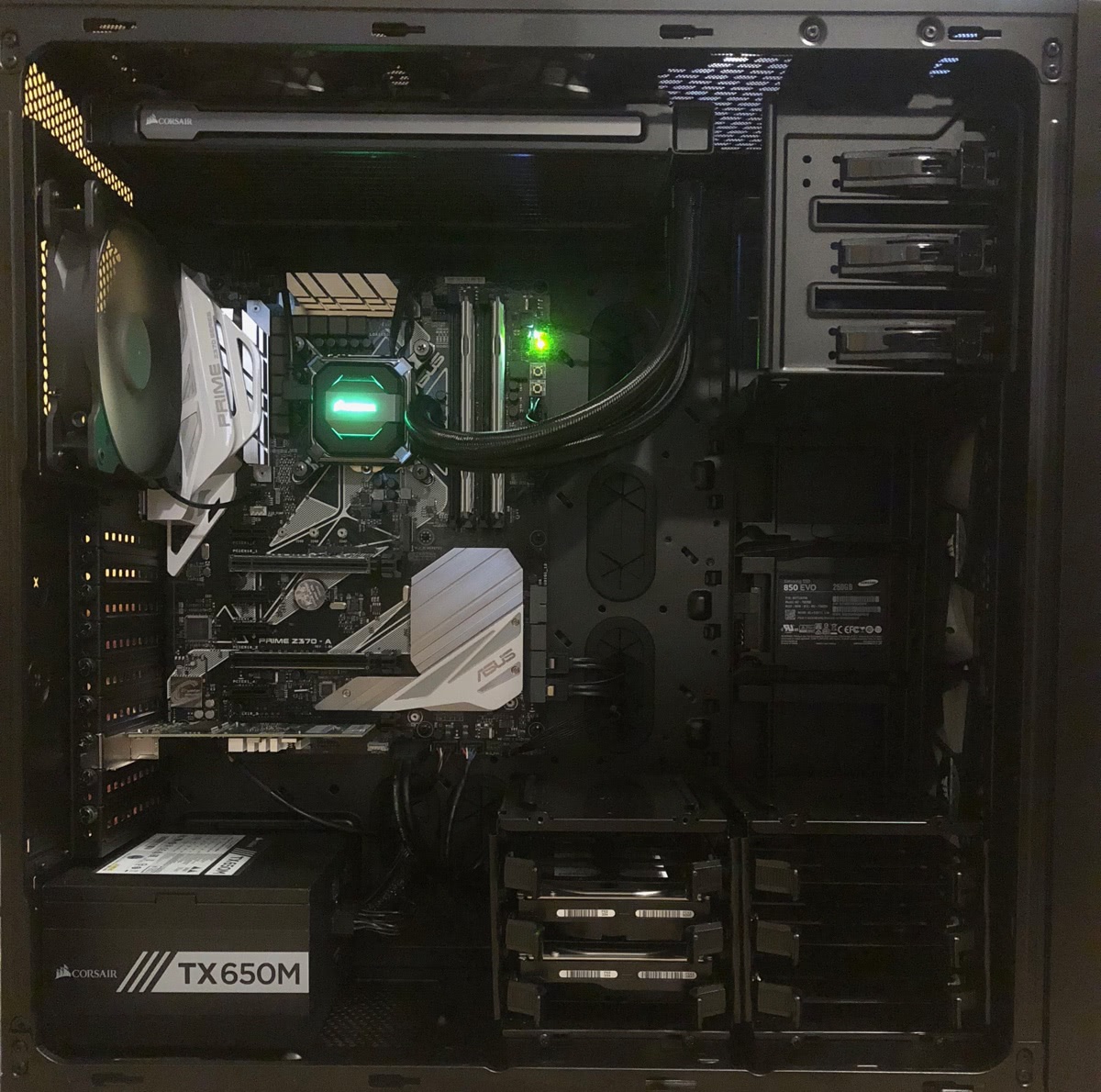 Everything is running great on the three nodes. The systems run almost silently and perform extremely well in all aspects.

Stay tuned for Part 3: Infrastructure that will cover the switching setup and base configurations for the systems. 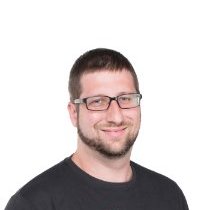